Mark McLain of Confluence Architecture, Carbondale, Colorado, has been awarded a patent for his design for a backcountry ski pole basket that he calls the “Bristlecone Backcountry Basket”.  Have you ever had your ski pole basket get caught on something while you were skiing? Perhaps a tree, or a stick just below the surface of the snow, maybe even a crust formed on top of the snow?

Mark explains the birth of the idea, “I’m staring down the most beautiful, untouched tree run of the season. Three turns in, my ski pole basket catches on some unseen debris under the snow, in the blink of an eye I am pulled off balance, my ski pole and glove are ripped away and now lie 50 feet back up my run from where I biffed. After climbing up to retrieve my ski pole from the fork of a branch, I just though- I can fix that!”

Later that season Mark built the first two prototypes and began the long, horrible process of field testing. “Well, somebody has to do it…”, Mark defends. That was 2004; after nine years of skiing with the new design, the results are in, “The prototypes weigh only 6 grams more that the typical molded plastic variety, they’re durable, they don’t ice up at all, they can be made in many colors and color combinations, and best of all- I rarely feel the slightest tug on the end of my ski pole anymore.”

The idea behind the design is simply to use radiating bristles as the surface to resist the pressure on the snow, that way there is nothing to hang-up on solid objects. The new design gives identical support on powder to a solid basket design, but the bristles of the Bristlecone Backcountry Basket can fold away, allowing it to be pulled through a 1 1/2″ hole!

“I made it to enhance my backcountry skiing experience, but it is about safety too. I have heard stories from people that have gotten hurt because their ski pole basket got tangled up with something, getting off a chair lift in one case.” Mark adds.

Mark is currently seeking a product manufacturer to licence the patent and produce these for everyone. Good luck Mark, maybe one day the Bristlecone Backcountry Basket will become as common on the hill as helmets have become. 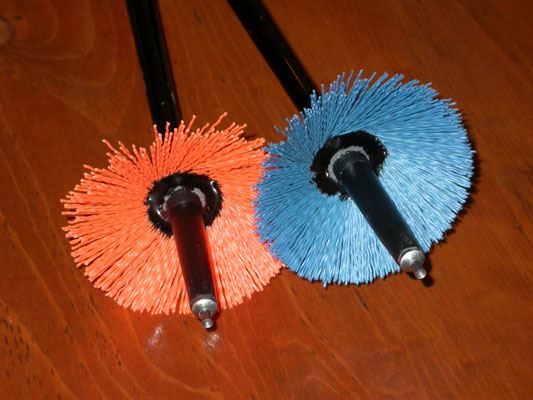 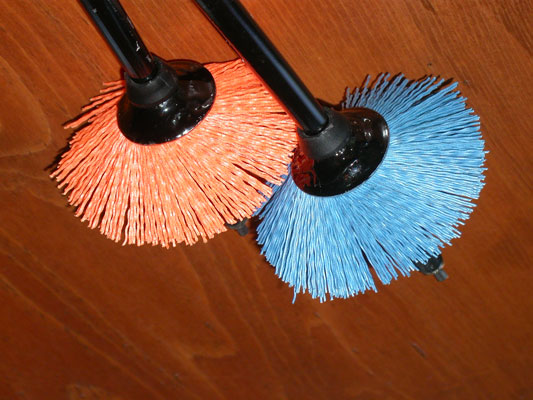